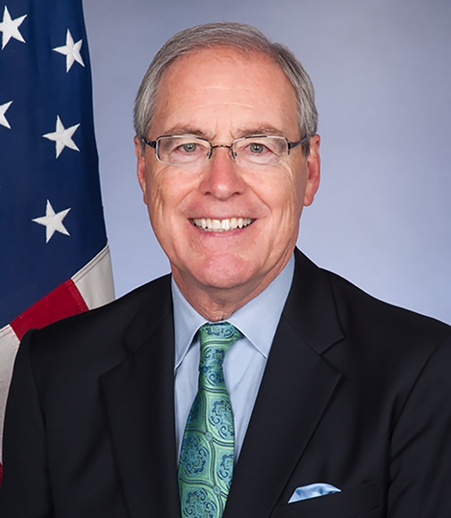 Kevin O’Malley is an attorney who previously served as the United States Ambassador to Ireland and as a federal prosecutor. As ambassador, he helped to promote the work of the 700 American businesses based in Ireland.

Kevin O’Malley recently served the country as the United States Ambassador to Ireland. He was nominated by President Barack Obama and appeared before the Senate Committee on Foreign Relations, where senators from both parties testified on his behalf. He was later confirmed by the full U.S. Senate. He took up residence in Dublin and immediately began work to broaden and deepen the commercial and cultural ties between the U.S. and Ireland. As ambassador, he partnered with the American Chamber of Commerce Ireland and others to promote the work of the 700 American businesses based in Ireland and flourishing there and throughout the European Union.

Before departing for his post in Ireland, he was an officer in the litigation practice group at Greensfelder, where he led the medical negligence and white-collar crime areas of practice at the firm.  A former federal prosecutor, he has tried numerous cases to conclusion in the federal and state courts of Missouri, Illinois, California and Arizona. He was elected to Fellowship in the American College of Trial Lawyers and is the senior author of the nine-volume treatise Federal Jury Practice and Instructions. He was appointed to serve on the Missouri Board for the Healing Arts, the state’s licensing and disciplinary authority for physicians, as its only non-physician member. The doctors subsequently elected him to serve as their president.

Among his interests in Ireland, he:

He also teaches American law in Ireland and served as a Non-Executive Director of Greencore Group plc, a large international food company headquartered in Dublin and traded on the London Stock Exchange. In 2019, he was appointed as the Ambassador in Residence and Professor of Practice affiliated with the Center for International and Comparative Law at Saint Louis University School of Law.