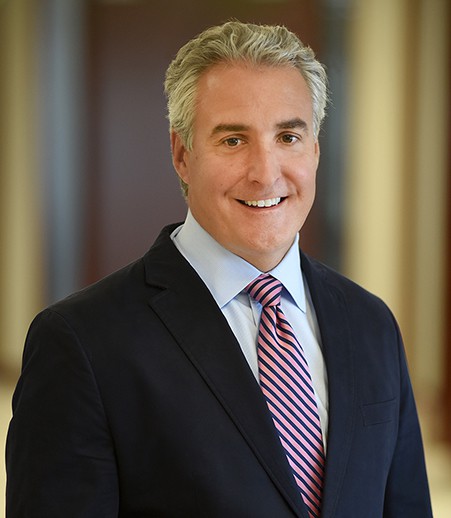 John Petite advises branded distributors, including clients in the franchise and motor fuel marketing arenas, to help them manage their relationships with customers, competitors and regulators. From protecting intellectual property rights to counseling on pricing and advertising issues and navigating complex regulatory regimes, he partners with his clients to truly learn their businesses and achieve results in a sensible and cost-effective way.

John Petite is a business litigator, with an emphasis on antitrust and trade regulation litigation and intellectual property litigation.

John leverages his litigation expertise to counsel clients on a wide array of pricing, incentive, trademark enforcement and other distribution issues, helping them avoid disputes altogether whenever possible. He also advises clients on franchise and intellectual property issues associated with asset acquisition and divestment. For example, John represented a major oil company in connection with its sale of retail marketing assets associated with its $2.6 billion sale of a refinery, and a private equity firm on its billion-dollar purchase of branded and unbranded fuel terminals and retail assets, and subsequent resale of some of those retail assets.

John works on matters involving claims of unlawful franchise termination, including termination of motor fuel marketing franchises.  He also regularly defends claims against oil companies for alleged unlawful motor fuel pricing practices and purportedly unlawful deed restrictions or brand covenants associated with the sale of gas stations. John provides business counseling to an array of distributors about pricing and incentive programs, as well as territory and similar restrictions designed to maximize the competitiveness of distribution networks.

In his intellectual property practice, John handles trademark and copyright infringement claims and manages enforcement programs for large franchisors and other intellectual property owners. In addition to litigation of such claims in federal court, John represents clients in responding to office actions by the U.S. Patent and Trademark Office (USPTO) and in litigating contested proceedings before the Trademark Trial and Appeal Board (TTAB), primarily with respect to claims of likelihood of confusion.

He also frequently litigates claims against employees, such as non-compete, non-solicitation and confidentiality agreements that implicate employers’ interests in trade secrets or customer relationships, and claims against competitors for false advertising or misappropriation of trade secrets. Similarly, John provides pre-publication review of advertising and promotional programs for compliance with the Lanham Act and state laws. He has handled right of publicity and related privacy claims in connection with advertising campaigns.

John’s antitrust experience led him to defend hospitals and other health care providers in medical staff privileges litigation, where physicians often allege unfair competition.  His work in that area has yielded significant published state and federal court decisions under the federal Health Care Quality Improvement Act of 1986 (HCQIA) and Missouri’s rule of non-review (by which the judiciary generally defers to the quality of care decisions of health care providers), and with respect to alleged violations of medical staff bylaws.

John practices in state and federal court, before the USPTO and the TTAB, and in arbitral forums. He has tried bench and jury trials and arbitration hearings and has extensive appellate experience, with numerous victories in the Eighth Circuit, Fourth Circuit and Missouri and Illinois courts of appeals.