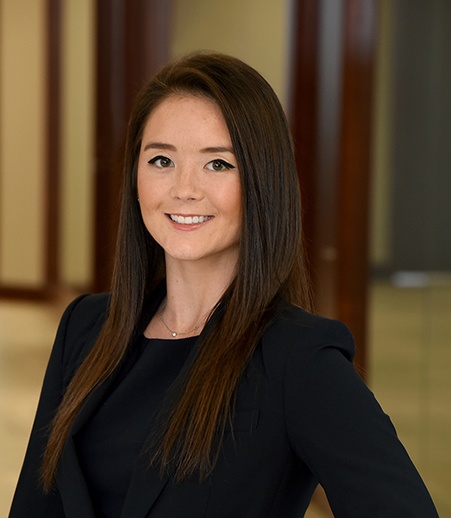 “When assisting clients in unraveling the complexities of construction law, I balance big-picture thinking with a highly detailed approach.”

Since joining the firm upon graduation in 2014, Jessica has successfully prosecuted and defended arbitration claims on behalf of the firm’s clients. Jessica has also briefed and argued a case in front of the Missouri Court of Appeals for the Western District.

In addition to her work within the firm, Jessica holds a number of leadership positions in professional and community organizations in the St. Louis area, including the National Association of Women in Construction, the Missouri Asian-American Bar Association, and the Bar Association of Metropolitan St. Louis’ Young Lawyers Division. She was also named as an ABA Forum on Construction Law Diversity Fellow.  Jessica was recognized for her professional and community contributions by being named one of the St. Louis Business Journal’s “30 Under 30” and Missouri Lawyers Media's Up & Coming class of 2019.

During law school, Jessica served as a judicial extern to Judge George W. Draper III of the Missouri Supreme Court. Jessica was a summer associate with Greensfelder for two summers before joining the firm full time.