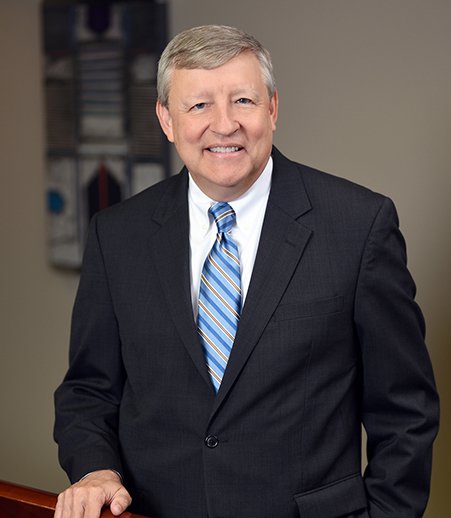 “Having the experience of more than a decade as chief counsel in the state attorney general’s office puts me in a stronger position when it comes to handling any type of inquiry in state government, as well as matters related to consumer protection laws and legal ethics.”

Drawing on decades of experience in commercial and government litigation, Erwin (Erv) Switzer has deep knowledge of areas of law including consumer protection issues, governmental regulatory affairs and the appeals process. As the firm’s general counsel, he also advises on legal ethics on behalf of the firm and for outside clients.

For 11 years, Erv served as chief counsel in the Office of the Missouri Attorney General. There, he led litigation on matters including the Merchandising Practices Act, Telephone Consumer Protection Act, trade and securities regulations, antitrust compliance, civil rights, First Amendment law and taxation in state and federal trial and appellate courts throughout Missouri. He was involved in dozens of high-profile matters, including the relocation of the Rams to St. Louis, representation of the Missouri Commissioner of Securities and Secretary of State, and litigation resulting in a ban against the sale of ephedra products in Missouri.

Erv frequently represents businesses facing consumer protection class action claims related to pricing and disclosure issues. In addition to handling the litigation aspect of such complaints, he guides clients through a proactive approach of reviewing consumer sales forms to make sure they comply with regulations, lessening the risk of future liability.

With his prosecutorial and government experience, Erv is well-positioned to conduct special investigations or serve as independent counsel, monitor or special committee member. He was appointed by the Federal Trade Commission to serve as a monitor and administrator of a consent decree in an antitrust case, giving the federal agency an experienced independent monitor for the matter at more affordable Midwest rates.

Erv has also handled matters involving defense of attorney general investigations, student lending practices, deceptive advertising claims, Internet domain names and drafting legislation. He is co-chair of Greensfelder’s appellate practice section and has briefed and argued dozens of appellate cases in state and federal courts, making him a knowledgeable resource for clients seeking new counsel or a second opinion during an appeal.

Erv has significant community and leadership experience and has made mentorship of younger colleagues a priority throughout his career.