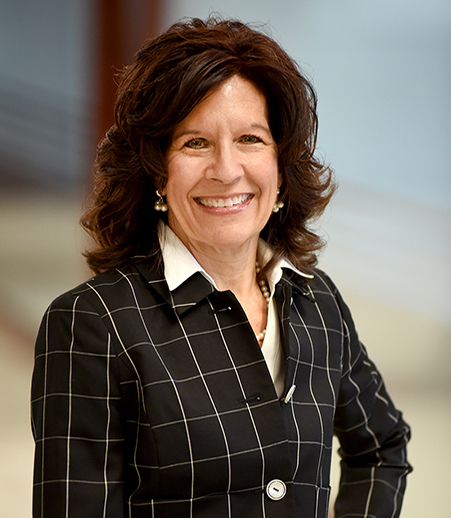 “Franchisors face traditional business and legal issues, but there are also very specific laws that govern those relationships in most states. Our team’s practical experience with those laws helps us to represent clients aggressively and efficiently.”

As a leader of the firm’s Franchising & Distribution industry group, Dawn Johnson heads a team of litigation and transactional attorneys who represent clients nationally and internationally, from start-ups to some of the largest and most recognized brands.

Dawn’s practice focuses on all aspects of the franchise relationship, including termination and non-renewal, claims under state and federal relationship laws such as disclosure and fraud claims, and other claims that are common in these relationship disputes, such as breach of contract, fraud, tortious interference, deceptive trade practices, unlawful pricing, trademark infringement, unfair competition, violation of restrictive covenants, and indemnification claims. She represents franchisors in state and federal courts across the country, and in mediation and arbitration as franchisors increasingly use arbitration as their preferred dispute resolution method. Dawn’s practice includes other distribution models with industry-specific laws such as downstream petroleum marketing. Her deep experience in franchising and distribution also allows her to serve as background counsel on certain matters, providing a second opinion for businesses dealing with complex legal issues in those areas.

In addition to her work on behalf of franchisors and distributors, Dawn handles a range of general business disputes. She was an early leader at the firm in issues related to electronic discovery, and she continues to prioritize the importance of understanding e-discovery protocols and making sure clients follow the appropriate steps to avoid sanctions. Another important aspect of that work is recognizing when an opponent is not fulfilling obligations, and Dawn was able to get an entire case against an energy client dismissed after recognizing discovery abuses on the opposing side. She has presented to local and national groups about the issues facing litigants and their attorneys with respect to discovery of electronic information. In 2005, she argued what was believed to be the first case regarding electronic discovery before the Missouri Supreme Court.

Before attending law school, Dawn was an award-winning reporter for the Herald & Review daily newspaper in Decatur, Illinois. After law school, she continued her writing experience as law clerk to U.S. Magistrate Judge David D. Noce in the U.S. District Court, Eastern District of Missouri, from 1993 to 1997.

Dawn is a member of the firm's Board of Directors.