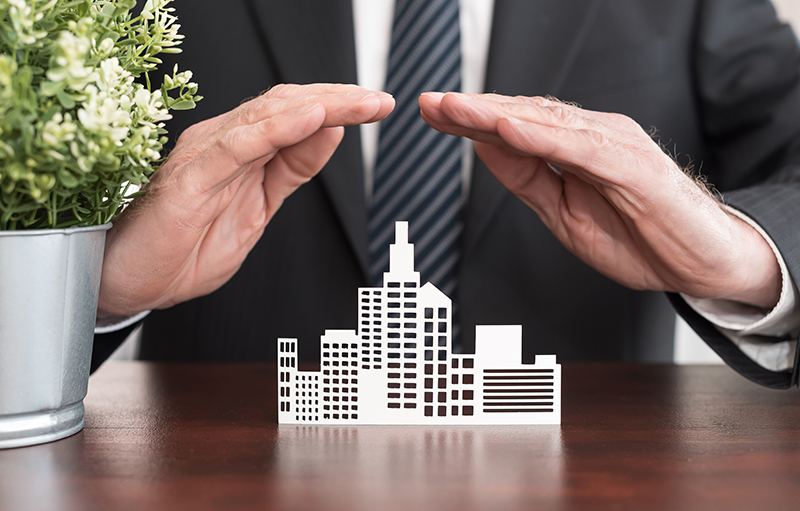 This article continues the discussion started in “Business Interruption Insurance and COVID-19: An Overview.”

We will pay for the actual loss of Business Income you sustain due to the necessary suspension of your operations if the suspension was caused by direct physical loss of or damage to covered property at the described premises.

If the insuring agreement is triggered, the insurer will then determine if there are any conditions, exclusions or endorsements that increase, decrease, condition or remove coverage.

On first look, the mere closure of a business due to governmental decree or a shelter-in-place order does not appear to constitute direct physical loss of or damage to covered property. Most insurers conclude that physical loss means some sort of alteration, degradation or change to the structure or substance of property. Many courts have agreed, but not all have.

There have been cases in which courts have concluded that the presence of a “contaminant” inside an insured business location has constituted physical damage that has triggered the insuring agreement. See Gregory Packing, Inc. v. Travelers Property Cas. Co. of America, 2014 WL 6675934 *5 (D. N.J. 2014) (insured suffered physical loss or damage when presence of ammonia in the air inside the insured building made the building functionally unavailable); Motorists Mutual Inc. Co. v. Hardinger, 131 Fed.Appx. 823, 826 (3rd Cir. 2005) (issue of fact whether insured suffered physical loss when “sources unnoticeable to the naked eye [bacteria] have reduced functionality within an insured building”).

When seeking coverage, insured businesses that can claim they had to shut down because of the presence of COVID-19 inside insured buildings likely will analogize to cases like Gregory and Hardinger.

We will pay for the actual loss of Business Income you sustain caused by “Contamination” that results in an action by a public health or other governmental authority that prohibits access to the described premises or production of your product.

Considered in isolation or in conjunction with cases that have held that the presence of “contamination” can trigger coverage, some insureds may seek coverage by arguing that COVID-19 resulted in governmental action that prohibited access to insured locations. Considering only the language above, such an argument appears promising. However, the applicable definition of “contamination” will be critical. For example, one policy reads:

Contamination means a defect, deficiency, inadequacy or dangerous condition in your products, merchandise or premises.

As with many insurance coverage matters, the specific policy language involved must be consulted.

The foregoing coverage relates to property that is not at the described premises. If such property is damaged by a cause that would have been covered if the loss had happened at the insured location and a governmental authority restricts access to the insured business because of its proximity to “dangerous physical conditions,” the insured may seek to recover business interruption losses.

It is likely that businesses will argue that the presence of COVID-19 in or at other property within proximity of the insured property led to the governmental orders that prohibited people from patronizing the insured business.

If that happens, there are few decided cases to which insureds and insurers currently can analogize. There likely will be many such cases in a post-COVID-19 world.

We do not pay for loss, costs, or expense caused by, resulting from, or relating to any virus, bacterium, or other microorganism that causes disease, illness, or physical distress or is capable of causing disease.

This sort of language is exceptionally broad. Nevertheless, it is likely that lawsuits will be filed arguing that COVID-19 closures are not excluded under this language.

Another exclusion typically found in property insurance policies pertains to losses arising solely from compliance with the law. An example is:

We will not pay for loss or damage caused directly or indirectly by the enforcement of or compliance with any ordinance or law regulating the use of property. This exclusion applies if an ordinance or law is enforced, even if the property has not been damaged.

It is expected that insurers facing claims relating to business interruption caused by governmental orders restricting the use of businesses will assert the applicability of similar exclusions. Again, at this time there are few decided cases that provided guidance on how courts will apply similar language to situations such as the COVID-19 closures.

Insurance policy conditions do not themselves create or exclude coverage. However, they constitute contractual commitments by the insured and the insurer that can affect coverage. For example, essentially all policies will list the obligations of the insured in the event of a loss. One such obligation may be:

You must resume all or part of your operations as quickly as possible.

While this seems innocuous, in a COVID-19 world, even if a business interruption claim is covered there may be litigation concerning what kept a business closed and why it did not reopen more quickly. Depending on the circumstances, an insurer may assert that the insured lost otherwise existing coverage by unreasonably delaying reopening.

In addition to asserting coverage under the language of insurance policies and endorsements, some businesses facing staggering losses may attempt to advance novel legal theories. For example, at least one group of businesses has brought suit against one insurer arguing that the insurer is estopped from denying coverage based, at least in part, on the insurer making a blanket decision not to cover COVID-19 business interruption claims across the board. The insurer fiat, so say the plaintiff lawyers, constitutes bad-faith claims handling that estops the insurer from denying claims.

With the U.S. economy in turmoil, there has been talk of potential state or federal governmental programs extending business interruption coverage. Exactly what such a hypothetical program would look like is anyone’s guess. It could involve the government asking private insurers to cover COVID-19 claims under the policy forms and coverage limits of existing policies (by expanding the coverage of insuring agreements and ignoring exclusions), and being reimbursed by the government. Such an approach would allow the current mechanism for claims reporting and handling to be used. However, the system might be taxed to the breaking point and beyond.

A primary takeaway (regardless of what form such government action may take) is that businesses that want to make claims later will need to track the facts and circumstances now. If a business is shut down or limited or altered in its operations, it may want to start documenting the facts and circumstances and calculating losses. Without this information, it may be very difficult after the fact to prove the amount of loss.

For a business that is closed entirely because the government has ordered it closed, proving losses may involve comparing historic sales over a representative period (while accounting for seasonality and other factors) to the loss of revenue during a shutdown. But, there still may be issues. For example, during which precise period were losses accruing? What is a reasonable period for comparison?

A more complicated situation arises where a business is ordered to change, but not entirely cease, operations such as only selling food “to go.” That sort of change does not shut down the business entirely, but it does likely change revenues and expenses. Will a government program provide relief in that scenario? Who knows — but it would be prudent to prepare as if there might be coverage.

Another unknown relates to businesses that close voluntarily. There are myriad circumstances that could lead a business to voluntarily limit its activities or close entirely. For example, depending on the nature of the business, it might close because of: (1) concern for protecting the health of owners, workers, suppliers or patrons; (2) the inability to obtain supplies or raw materials; or (3) a lack of customers or demand (because people are honoring binding or advisory shelter-in-place orders). Under “traditional” business interruption policies, such voluntary closures or reductions in operations would not be covered. But, under government programs that are yet to be implemented, who knows?

The takeaway is that even businesses that voluntarily close may want to seek guidance with regard to making and supporting lost revenue and income claims.

If you have any questions about anything discussed in this article, please do not hesitate to reach out to your primary Greensfelder contact or the author – Greg Mollett is a Greensfelder Officer whose practice focuses on commercial, real estate and environmental litigation.

For more information about issues related to and resulting from the coronavirus pandemic, please visit Greensfelder’s COVID-19 Resources page.