SEC Chairman Jay Clayton laid out eight guiding principles for his administration in remarks July 12 at the Economic Club of New York. The remarks demonstrated a balanced approach to regulation that affirmed the importance of good regulation while worrying about its unintended consequences and costs. 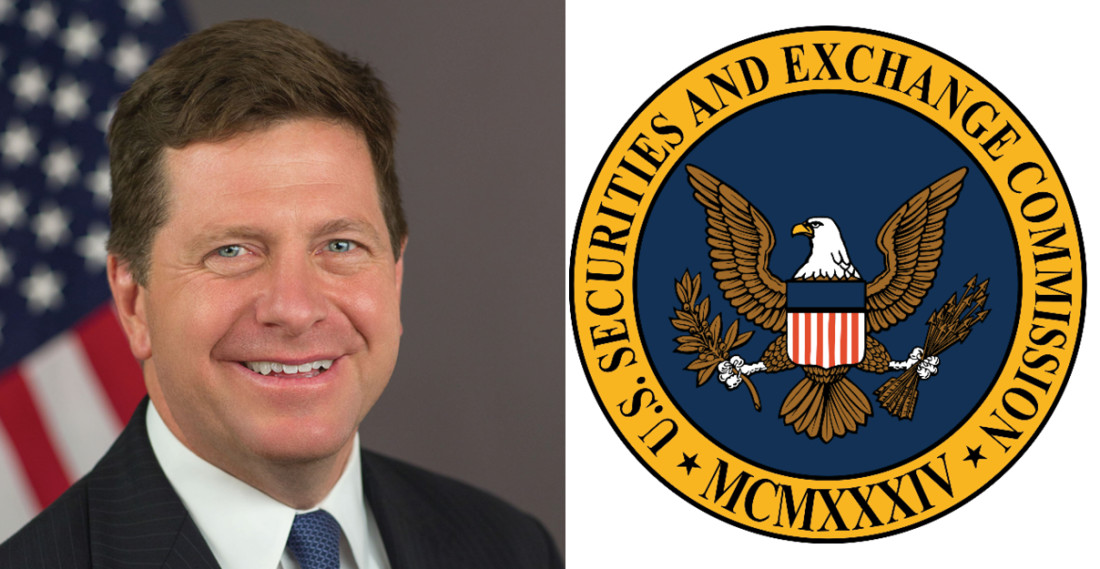 Perhaps the new chairman’s most colorful moment was his statement that the interests of retail investors are the lodestar of the SEC, noting that as he walks around the agency, he asks how SEC actions “affect the long-term interest of Mr. and Ms. 401(k).” He brought this analogy back in discussing the possibility of a fiduciary standard: “It is my hope that we can act in concert with our colleagues at the Department of Labor in a way that best serves the long-term interests of Mr. and Ms. 401(k).”

The eight principles Clayton laid out are:

The theme was balance

While Clayton’s speech only used the word “balance” once in a footnote, it was the unspoken theme. For example, he lauded the SEC’s historic, disclosure-focused approach to regulation as sound while expressing a concern that unintended inefficiencies may have developed. He noted that technology should, and will, change the SEC’s operations and its regulatory regime, but the SEC must always be mindful of the “resources building systems of compliance” firms will devote to adapting to the regulatory changes.

Clayton’s argument for balance in rulemaking used the specific example of requiring that a CEO make a certain certification, which may end up being phenomenally expensive because of the auditors, consultants, and outside counsel that become involved in giving the CEO the comfort to make that certification. So, while in some areas Clayton argued this is the appropriate regulatory approach despite the cost, the SEC must ensure it has “a realistic vision for how rules will be implemented as well as how we and others intend to examine for compliance.”

Companies’ obligations to disclose cyber risks and events was another area in which Clayton argued for balance. Clayton noted that he expects public companies to take their obligation to disclose material information about cyber risks and events seriously, while also arguing that the SEC must “bring proportionality to this area that affects not only investors, companies, and our markets, but our national security and our future.”

On the fiduciary standard, Clayton argued that the Commission must “make all reasonable efforts to bring clarity and consistency” to the area of advice standards while cautioning that “[t]here is a lot of work to do” and that the issue is “complex.”

Consistent with his experience in private practice, Clayton’s speech evinced a particular interest in capital formation issues. For example, without expressly arguing that public companies are required to disclose too much information and that these disclosure requirements cause companies to put off becoming public, Clayton suggested as much. He noted the 50 percent decline in the number of U.S.-listed public companies over the past 20 years and cited a study that found that the median word count in an SEC filing has more than doubled while the documents are less readable than ever.

The cause, Clayton suggested, is the cumulative effect of creeping disclosure requirements. While the benefits of each new, specific disclosure requirement added over the years were deemed to outweigh the marginal costs of the disclosure requirement, Clayton argued that the analysis of these costs “should be cumulative as well as incremental.” (Interestingly, Commissioner Kara Stein gave a speech a day earlier that makes clear she disagreed; we discuss the issue in more depth here.) Clayton also recently highlighted his interest in reversing the decline of U.S. IPOs in remarks to the Investor Advisory Committee.

Clayton also raised the possibility of disclosure obligations that are particularly burdensome to generate but add little to the total mix of information available to investors. In these instances, Clayton urged companies to take advantage of Rule 3-13 of Regulation S-X to seek modifications of their reporting requirements.

Clayton also promised to continue the SEC’s enforcement efforts. Most of his focus on enforcement appears to be against obvious fraud rather than more marginal cases: “Terms like ‘affinity fraud’ and ‘microcap fraud’ sound unremarkable and remote on paper, but they are sinister behaviors that strike at Americans’ vulnerabilities.”

Coordination with other regulators is also a key principle for Clayton. Clayton mentioned in particular cybersecurity (including citations to the recent Treasury Department report recommending regulatory reforms in the depository sector that highlighted cybersecurity overlap with a special table describing the issue) as well as swaps policy with the CFTC as key areas requiring coordination.

Regarding market structure, Clayton predicted the SEC will consider a proposal to launch a pilot program to test how adjustments to the access fee cap under Rule 610 of the 34 Act would affect equities trading. He also wants to expand the market structure focus to include fixed income markets: “The Commission must explore whether [fixed income] markets are as efficient and resilient as we expect them to be, scrutinize our regulatory approach, and identify opportunities for improvement.  To that end, I have asked the staff to develop a plan for creating a Fixed Income Market Structure Advisory Committee.”

The speech highlighted the importance of regulation while also strongly suggesting that in certain areas, most notably disclosure obligations on public companies, the cost of some regulation may now outweigh its benefit. The speech, unsurprisingly, demonstrated his interest in capital formation and making raising capital easier and more streamlined.  In terms of protecting “Mr. and Ms. 401k,” the speech suggested that the SEC would accomplish this by beefing up investor education efforts and focusing the SEC’s enforcement efforts on criminal frauds.  In short, the speech suggests that Clayton’s version of balanced regulation may be a little easier to deal with.