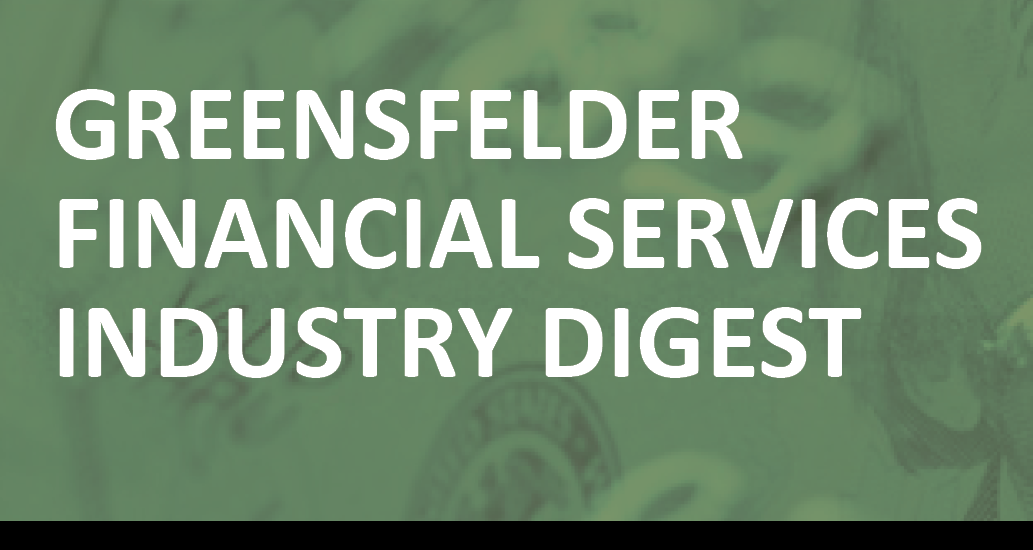 Fiduciary Updates: Although the DOL has yet to finalize its 18-month delay proposal, there have been several developments on the fiduciary front:

NASAA Priorities: Alabama Securities Commissioner Joe Borg became the first three-time North American Securities Administrators Association (NASAA) president at the NASAA Annual Conference in Seattle during the last week of September. His acceptance speech highlighted the possibility of a model cybersecurity rule and the problem of unpaid arbitration awards. A couple of other tidbits we picked up at the conference: It also sounds like FINRA and NASAA are working on a Form U4 revision related to unpaid arbitration awards and that the Broker-Dealer Section may update its recent study on senior investor-related practices and procedures at broker-dealers. The conference also involved the release of various work product by state regulators:

Deepening Circuit Split on Constitutionality of ALJs: In Burgess v. FDIC, the Fifth Circuit suggested that FDIC administrative law judges are “inferior officers,” not mere employees. The Fifth Circuit opinion aligns with Tenth Circuit’s decision in Bandimere v. SEC, which held that SEC ALJs are inferior officers. The D.C. Circuit, on the other hand, has held that both FDIC SEC ALJs are constitutionally hired because they are not inferior officers. We wrote about the D.C. Circuit’s decision in Lucia v. SEC in July when the court deadlocked about whether to rehear the case en banc. Lucia has now petitioned the Supreme Court for review, and the Burgess decision increases the likelihood that the court takes the case to determine whether ALJs are inferior officers subject to the Appointments Clause.

SEC Cyber: The SEC disclosed that hackers may have been able to profit from hacking into EDGAR, the SEC’s public company filing database. The breach involved the disclosure of personally identifiable information for two individuals. It also raised question about the SEC’s ability to protect the data it will begin receiving next year as part of the Consolidated Audit Trail. SEC Chair Jay Clayton recently said the agency is analyzing whether it needs to delay CAT for data security reasons. (Speaking of CAT, FINRA CEO Robert Cook gave a speech last month describing the market surveillance FINRA does and the questions the consolidated audit trail raises about how and who should surveil the market after it is implemented.)

FINRA Rule Proposals Authorized: The FINRA Board of Governors authorized FINRA to publish for comment amendments to Rule 3110 (Supervision) that would provide firms flexibility to conduct remote office inspections of branches where no more than three associated persons, none of whom have a disciplinary history, work and where no customer funds or securities are handled. The Board also authorized FINRA to publish for comment potential revisions to Rule 8312 that would, among other things:

Advertising Rule Risk Alert: The Office of Compliance Inspections and Examinations (OCIE) at the SEC issued a risk alert about the most common deficiencies it sees related to the Advertising Rule during exams. Major themes in the risk alert were advisers presenting performance results without deducting fees and advisers presenting cherry-picked past investment selections. Read our full summary here.

IA Exams: SEC Chair Jay Clayton said the agency was examining 14 to 15 percent of IAs each year, up from 10 percent several years ago. He also said having a self-regulatory organization for IAs is “not a bad idea” but not a priority.

SEC Update: Bridget Fitzpatrick has been named Chief Litigation Counsel of the SEC, and David Gottesman will continue to serve as the agency’s Deputy Chief Litigation Counsel. In addition, Ken C. Joseph, head of the Investment Adviser/Investment Company Examination Program in the New York Regional Office, is leaving the agency and will be replaced by Thomas J. Butler, who was previously director of the SEC's Office of Credit Ratings since 2012. The SEC also began a nationwide search to fill a new senior executive position, the Advocate for Small Business Capital Formation.

Cheaper Share Classes: The SEC charged SunTrust Investment Services with collecting more than $1.1 million in avoidable fees from clients by improperly recommending more expensive share classes of mutual funds that charged 12b-1 fees without informing investors that they were eligible for mutual fund shares that did not charge the 12b-1 fee. SunTrust agreed to pay a penalty of more than $1.1 million to settle the charges; it had separately began refunding the overcharged fees plus interest to affected clients after the SEC started its investigation. Order

UIT Rollovers: FINRA fined Morgan Stanley Smith Barney LLC $3.25 million and required the firm to pay $9.78 million in restitution to more than 3,000 customers for failing to supervise its representatives’ short-term trades of unit investment trusts (UITs). According to the AWC, firm representatives executed short-term UIT rollovers, including UITs rolled over more than 100 days before maturity, in thousands of customer accounts, which caused investors to pay higher sales charges. The AWC also said Morgan Stanley did not adequately supervise representatives’ sales of UITs or conduct training specific to UITs.