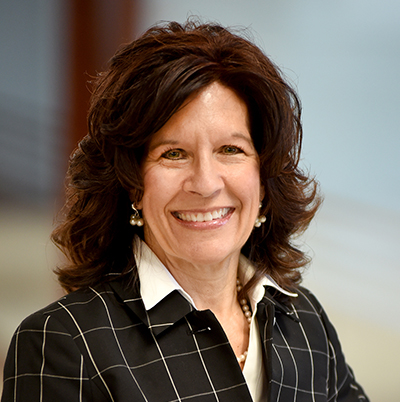 Greensfelder Officer Dawn Johnson has been named a Distinguished Alumna at Eastern Illinois University, where she was recognized during a Homecoming weekend awards ceremony October 15, 2022.

The Distinguished Alumna/us Award is the university’s Alumni Association’s most prestigious award, presented to those who have distinguished themselves in academic or literary fields, business, public service or service to the university and brought prestige to their alma mater. As part of the festivities, Johnson participated in the Homecoming parade, was honored on the field at halftime of the football game, and watched the game from the university president’s suite.

Johnson earned a degree in journalism from Eastern Illinois University in 1983 and became an award-winning reporter for the Decatur Herald & Review newspaper. After her brother’s death inspired her to attend law school, she graduated from Washington University School of Law and worked as a law clerk for a federal judge before joining Greensfelder.

Over the past 25 years, Johnson has served in various leadership roles at the firm and is a current member of its Board of Directors, playing a key role in oversight of the firm’s finances, operations and strategic planning. She is a litigation attorney who leads the Franchising & Distribution group, and her practice focuses on helping franchisors and manufacturers resolve disputes in mediation and arbitration forums and in state and federal courts across the country.

Her other recent honors include a Missouri Lawyers Media’s 2022 Women’s Justice Award and “Lawyer of the Year” recognition in franchise law for the St. Louis area by The Best Lawyers in America. In 2014, Decatur Public Schools Foundation named Johnson as its Alumna of the Year.