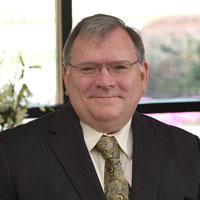 Schoemaker’s clients prevailed over a patient’s claim that the orthopedic surgeon breached the standard of care in lacerating the median nerve during carpal tunnel surgery on the patient’s dominant left hand in April 2012. After the procedure, the patient complained of numbness and pain in his hand, particularly in the ring and middle finger. A follow-up exploratory surgery revealed a small 2.5 millimeter laceration in the median nerve, which was micro-surgically repaired. The plaintiff continued to complain of numbness, pain and difficulty grasping objects with his left hand. In 2014, he sued the physician and orthopedic center, making a $900,000 demand.

The surgeon and orthopedic group denied negligence, asserting that the sole cause of the injury was an involuntary movement the patient made during surgery. Through effective cross-examination of a plaintiff’s expert, the defense was able to reduce the plaintiff’s admissible medical bills by 70 percent of the amount claimed and reduce the allegations of negligence against the defendants from six to one.  Testimony as to prognosis by the plaintiff’s expert was also barred.

After three days of evidence, the plaintiff asked the jury to award $125,000.  On Oct. 6, 2016, after less than an hour of deliberation, the jury returned a defense verdict in favor of Greensfelder’s clients.

Schoemaker is based in Greensfelder’s Belleville office, is a member of the Litigation Practice Group and is chairman of the Medical Malpractice subgroup.