Greg Mollett elected as next USO of Missouri president 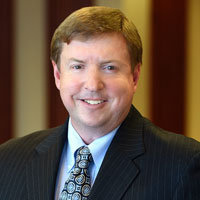 Greensfelder Officer Greg Mollett has been elected as the incoming president of the USO of Missouri. He will begin a two-year term in January.

Mollett will move into the role as president from his current role as first vice president of the board. He is also the organization’s general counsel.

The USO of Missouri is a non-profit organization that serves active, reserve and National Guard military members and their families. It operates two facilities at Lambert-St. Louis International Airport, another at Fort Leonard Wood and a Mobile USO unit.

Mollett is a commercial litigator at Greensfelder and is the head of the firm’s environmental litigation and real estate litigation groups.