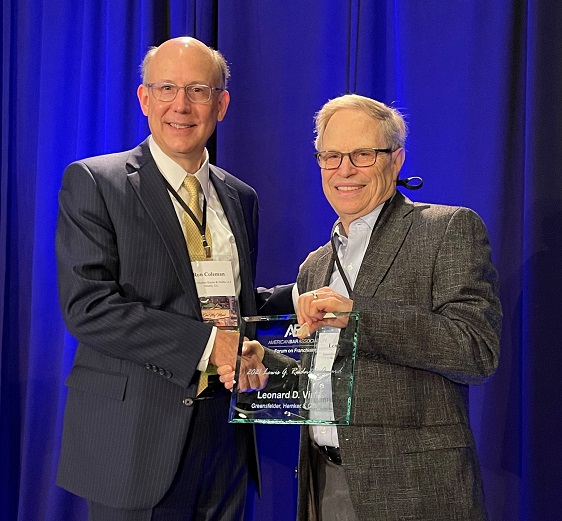 The Lewis G. Rudnick Award honoring Vines is one of the highest honors a franchise attorney can receive, created as a means to recognize the significant contributions and leadership qualities exhibited by practitioners of franchise law. Recipients are also noted for leading efforts that support the overall development of the ABA Forum on Franchising itself. The award was established in memory of Lew Rudnick, a founder on the Forum on Franchising. His high standards of professionalism and decency serve as a model for all franchise attorneys to follow. The first-ever Rudnick award was presented in 2009 to John Baer, who shortly after joined Greensfelder.

Vines’ decades of experience made him a natural fit for the Rudnick award. A nationally ranked attorney in franchise law, he is widely known and respected in the field, and clients and colleagues praise his ability to go the extra mile. He has spoken for groups including the ABA Forum on Franchising and the International Franchise Association and written for The Franchise Law Journal and the ABA Journal. He is ranked by Chambers & Partners and serves on the North American Securities Administrators Association (NASAA) franchise project group. As Paul Woody, the newest member of Greensfelder’s franchise team, noted, “Lenny is one of the most sincere and decent lawyers, and individuals, I’ve ever known. His knowledge and experience cannot be beat. However, his client list isn’t simply the result of his good legal work. His humanity and graciousness creates incredible loyalty.”

This year’s Forum on Franchising Meeting, from October 13-15, was co-chaired by Greensfelder Officer Beata Krakus. In that role, she led efforts to incorporate live and virtual aspects seamlessly for hundreds of attendees, ensuring a smooth transition into the first hybrid iteration of the meeting. Others from the Greensfelder team who participated in the Forum included Susan Meyer, who was a featured speaker for an intensive program on the fundamentals of franchising, along with Dawn Johnson, Abby Risner and Paul Woody. Vines also served as a panelist on financial statement requirements and options for the FDD, and Woody participated in a Law Professors Open House session.

Congratulations to Leonard Vines, Beata Krakus and the entire Franchising & Distribution team on a successful event. 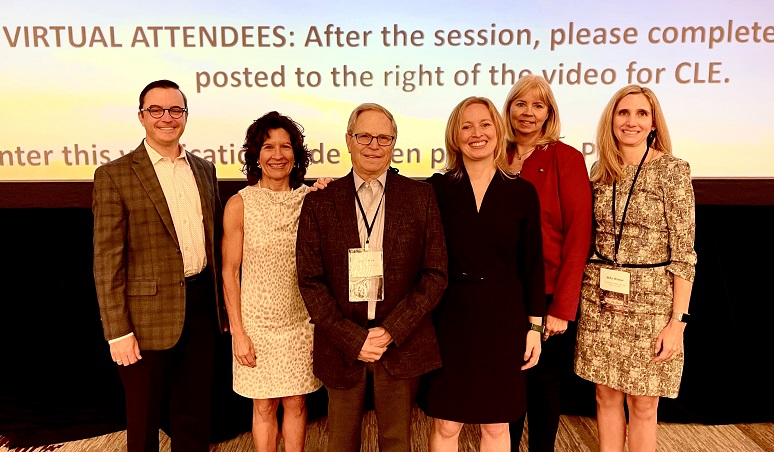