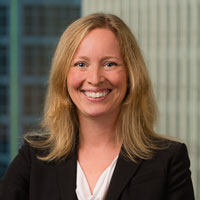 Beata Krakus, an officer in Greensfelder’s Chicago office, has been recognized among the best franchise attorneys for cross-border/international franchise work by Chambers and Partners.

The Chambers Global guide for 2017 notes of Krakus: “Sources regard her as a go-to lawyer for franchising in the USA, citing her wide-ranging experience of matters in Latin America, Africa and the Middle East.”