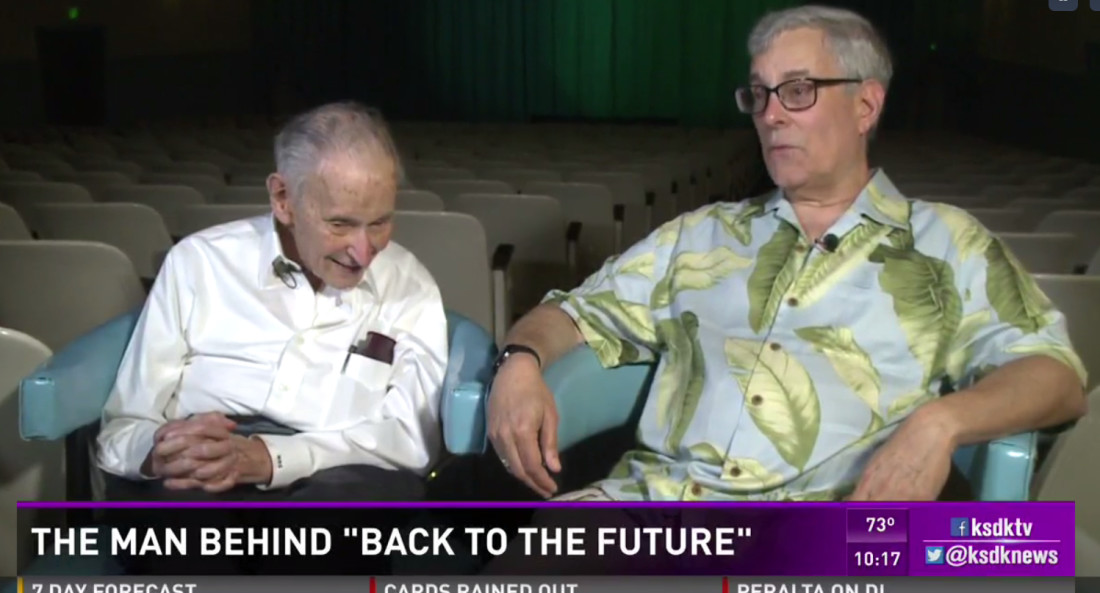 A report on St. Louis television station KSDK highlights the story behind longtime Greensfelder, Hemker & Gale attorney Mark Gale’s connection to one of the most popular film franchises of all time.

Gale’s son Bob Gale was a writer and producer on the 1985 hit movie “Back to the Future.” In a segment with reporter Frank Cusumano that aired July 20, Bob Gale shared how his father had inspired a major concept of the movie.

In the interview, Bob Gale says he was inspired by pondering: “If I’d gone to high school with my dad, would I have been friends with him?” Exploring that question led Gale and co-writer Robert Zemeckis to eventually create the first film in the time-travel trilogy.

Mark Gale’s tenure at Greensfelder pre-dates even the Enchantment Under the Sea dance: He joined the firm in 1947 and is a Washington University School of Law graduate.