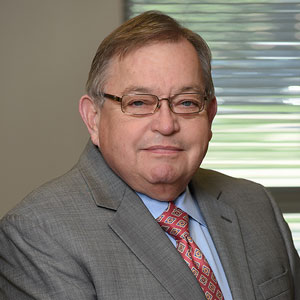 Greensfelder Officer Russell K. Scott has been recognized by Land of Lincoln Legal Aid as the namesake of an award to be presented at the organization’s 50th anniversary celebration.

The Russell K. Scott Equal Justice Award will be bestowed as part of Land of Lincoln Legal Aid’s anniversary celebration on April 7, 2022. Nominations will be accepted through February 9, 2022. Land of Lincoln Legal Aid is a not-for-profit corporation providing free civil legal services to low-income individuals and senior citizens in 65 counties in central and southern Illinois.

Scott’s passion for community involvement and history of service with Land of Lincoln Legal Aid makes him the perfect model for the award. It will be presented to “a judge or member of the private bar who has demonstrated outstanding leadership in promoting and supporting legal aid and/or expanding and improving access to justice for low-income people.” To nominate an individual or group for the Russell K. Scott Equal Justice Award, a letter of nomination should be emailed to Land of Lincoln Legal Aid Executive Director Clarissa Gaff at cgaff@lincolnlegal.org by February 9, 2022.

Scott has served on the Land of Lincoln Legal Aid Board of Directors since 1989 and led several successful fundraising efforts for the organization during that time. In addition, he helped spearhead several pro bono initiatives in Illinois, including St. Clair County’s first pro bono program in 1984, and chaired the Illinois Supreme Court’s Pro Bono Committee. His support for local communities also extends to the U.S. District Court for the Southern District of Illinois, where he was chair for the Local Rules Committee and vice chair of the Civil Justice Reform Committee.

Today, Scott is a highly regarded firm leader based in Greensfelder's Southern Illinois office. He serves as co-leader of the firm’s Pro Bono and Charitable Giving group and is a member of the firm's Board of Directors.