Greensfelder is honored to announce the creation of a new scholarship fund with Washington University School of Law to support diverse law students, in recognition of the first anniversary of the passing of former firm President and CEO Tim Thornton. 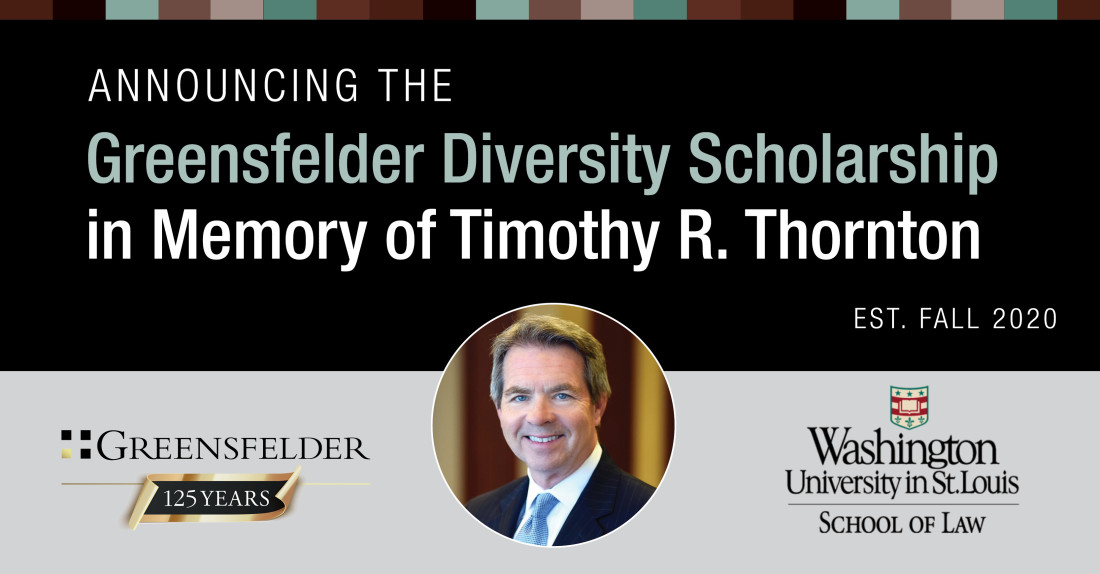 The Greensfelder Diversity Scholarship in Memory of Timothy R. Thornton will be awarded beginning in fall 2020. Each year, a law student at Washington University in St. Louis who has demonstrated a commitment to diversity will be selected as the recipient. After awarding the initial $10,000 scholarship this fall, Greensfelder will fund an endowment to allow for the continuation of the scholarship annually in alignment with the firm’s commitment to advancing diversity in the legal profession and creating opportunities for individuals in our communities.

“Diversity and inclusion were deeply held components of Tim’s core values, and he imparted those values to our law firm. They serve as an integral part of our core values today, and that is a lasting part of Tim’s impact on the firm,” said Kevin T. McLaughlin, who succeeded Thornton as the firm’s president and CEO. “He believed in diversity in the legal profession and in firm leadership, and it is important to us to honor his legacy by continuing to prioritize those values.”

Thornton, who built his practice as a highly successful construction attorney, became Greensfelder’s first CEO in 2016. His vision for the firm was one where all employees were given the opportunity to achieve their highest potential and diversity of leadership was paramount.