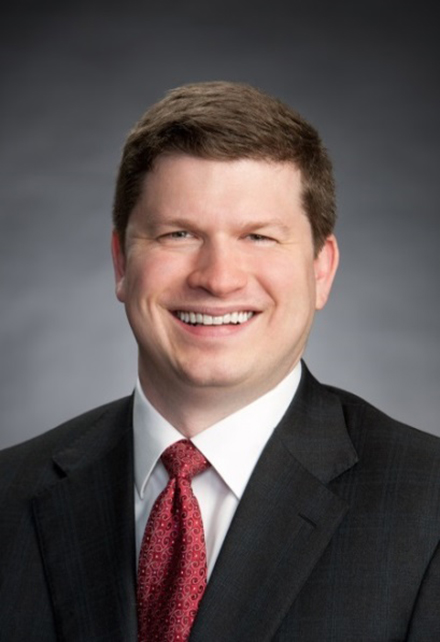 Greensfelder, Hemker & Gale, P.C., is pleased to announce that attorney Andrew M. Hartnett has joined the firm as an officer with the Securities & Financial Services industry group. Based in the firm’s St. Louis office, Hartnett most recently served as Commissioner of Securities for former Missouri Secretary of State Jason Kander.

As Commissioner of Securities from 2013 to 2016, Hartnett directed the Missouri Securities Division and heard cases filed by the Enforcement Section of the Division. In this role, he spearheaded the drafting and passage of the Missouri Senior Savings Protection Act – one of the first statutes of its kind in the country created to prevent financial exploitation of senior citizens. In addition to his policy work in Missouri, Hartnett helped formulate policy nationwide through his work at the North American Securities Administrators Association (NASAA), particularly on cybersecurity, leading the team that created the cybersecurity program now used by most state regulators. He chaired the Broker-Dealer Section and the Enforcement Section for NASAA as well as committees focused on cybersecurity, technology, and federal legislation. Hartnett also has spoken at conferences and other events nationwide on topics including state securities regulations, cybersecurity, and protection for senior investors.

Prior to his time as Commissioner of Securities, Hartnett served as Chief of Staff to then-Missouri Attorney General Chris Koster and as an Assistant Attorney General in the Consumer Protection Division, handling all aspects of consumer protection, antitrust and securities investigations and litigation. He began his career in private practice in St. Louis.