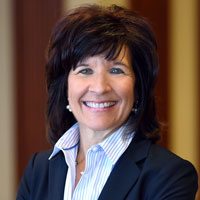 Johnson is one of 51 Missouri attorneys who will be recognized at this year’s Women’s Justice Awards event, which honors “extraordinary women lawyers, law students, rising stars, public officials and others in recognition of the standards of professional excellence they’ve set for their peers.”

Johnson is being awarded in the Litigation Practitioners category. She is a leader of the firm’s Franchising & Distribution group, and her practice focuses on all aspects of the franchise relationship. She helps franchisors resolve disputes in mediation and arbitration forums and state and federal courts across the country. She was recently named by The Best Lawyers in America as the St. Louis region’s Lawyer of the Year in Franchise Law.

The Women’s Justice Awards honorees will be recognized at a May 12 awards event at the Four Seasons Hotel in St. Louis. Winners also will be profiled in a special section of Missouri Lawyers Weekly.