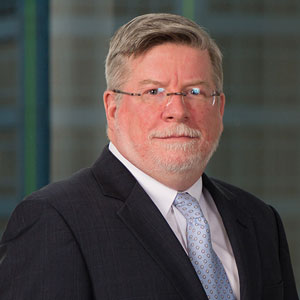 Greensfelder Officer Patrick Cotter was interviewed by numerous media outlets regarding developments in the federal investigation led by special counsel Robert Mueller regarding Russian interference in the 2016 U.S. election. Recent media mentions include:

Barr vs. Mueller: The attorney general fights his own battle with the special counsel as he stands up for Trump
USA Today, May 3, 2019

Could Erik Prince be in perjury trouble?
The Washington Post, April 30, 2019

'Spying Is A Judgment': After Mueller, Will Trump Get His Grand Inquisition?
Vanity Fair, April 17, 2019

The Insiders’ Guide To the Mueller Report
Politico, April 15, 2019

Mueller Laid Out the Dots. His Report May Show If They Connect
Bloomberg, March 21, 2019

Mueller Might Not Be Done With Manafort Yet
The Atlantic, March 15, 2019

What Robert Mueller could say on the witness stand
The Washington Post, Feb. 25, 2019

Trump faces a legal reckoning – but are his worst troubles yet to come?
The Guardian, Feb. 24, 2019

We Asked 5 Experts: Is Roger Stone the Key to Collusion?
Washingtonian, Feb. 8, 2019

Flynn’s suggestion he was set up by FBI backfires badly as sentencing judge shows his displeasure
The Washington Post, Dec. 19, 2018

"A Mystery and a Blunder": Flynn’s Plea Deal Crashes and Burns as Sentencing Judge Goes "On the Warpath"
Vanity Fair, Dec. 18, 2018

Mob mentality: how Mueller is working to turn Trump's troops
The Guardian, Dec. 8, 2018

Robert Mueller: Probe dumps Paul Manafort as a witness for lying, but about what?
USA Today, Nov. 27, 2018

Could Robert Mueller be about to tell us something big?
The Washington Post, Nov. 27, 2018

Government seizures cleared to begin in Manafort case in range of $15 million
The Washington Post, Oct. 19, 2018

How Trump and Manafort Are Helping Each Other in the Russia Investigation
The Atlantic, Sept. 13, 2018

Paul Manafort Is About to Learn If a Third Trial Is in His Future
Bloomberg, Aug. 29, 2018

The other federal investigation worrying Trump
The Last Word, Aug. 28, 2018

New York Prosecutors May Pose a Bigger Threat to Trump Than Mueller
The Atlantic, Aug. 24, 2018

Cohen's lawyer's cryptic claim that his client knows of a Trump-linked Russia conspiracy could be a 'game-changer' for Mueller
Business Insider, Aug. 22, 2018

Five key points that could sway the jury in Paul Manafort's trial — and determine his fate
USA Today, Aug. 16, 2018

An important clue from Mueller in the Russia collusion probe?
The Washington Post, Aug. 2, 2018

Witness For The Prosecution: How Rick Gates Went From Paul Manafort’s Protégé To His Greatest Nemesis
Talking Points Memo, July 31, 2018

Michael Cohen to Trump: I will flip on you if I need to
The Washington Post, July 2, 2018

Paul Manafort’s Day Of Reckoning Might Be Coming Sooner Than We Thought
Talking Points Memo, June 7, 2018

'He’s Looking for Quid Pro Quos': Is Andrii Artemenko The Key to The Trump-Russia Case?
Vanity Fair, May 16, 2018

Giuliani went on Fox News to defuse Trump's legal drama. He inflamed it instead, experts say
Canadian Broadcasting Corporation, May 4, 2018

Rudy Giuliani made another huge admission about the Stormy Daniels case that experts say puts Trump in legal jeopardy
Business Insider, May 3, 2018

The leaked Mueller questions give a rare peak into Trump-Russia probe, but uncertainty remains
Mic, April 30, 2018

'Why Hurry to Make a Deal?': With Trump Raging at Mueller, Manafort May Be Gunning for a Pardon
Vanity Fair, April 11, 2018

How Trump may have unwittingly invited the Michael Cohen raid
The Washington Post, April 10, 2018

Hope Hicks Has Been Loyal To Trump, But How Long Will That Last?
Bustle, April 3, 2018

Trump doesn't take anyone's advice but his own, and now it's coming back to bite him in the Russia probe
Business Insider, March 27, 2018

Andrew McCabe's firing may have been 'unfortunate,' but it was 'not unreasonable,' experts say — and it leaves FBI agents 'shaken'
Business Insider, March 19, 2018

'Red alert time': Trump's personal attorney is now calling for the Russia probe to be shut down
Business Insider, March 17, 2018

Could getting Andrew McCabe fired come back to bite Trump?
The Washington Post, March 17, 2018

A Trump spokesman just said something about collusion that he might come to regret
The Washington Post, March 12, 2018

Republicans set their sights on a familiar target as they investigate the FBI and Obama administration
Business Insider, Feb. 14, 2018

Why Trump's desire to fire Mueller may invite obstruction case and why it's such a big deal
USA Today, Jan. 26, 2018

Analysis: The quiet probe into Clinton email investigation could be a landmine for Robert Mueller
USA Today, Dec. 26, 2017

'A weapon of desperation': Trump loyalists are doubling down on a familiar strategy as the Russia probe reaches a boiling point
Business Insider, Dec. 10, 2017

Trump tweet suggests he knew Flynn lied to FBI when he fired him
USA Today, Dec. 2, 2017

Mueller is zeroing in on Michael Flynn
Business Insider, Nov. 22, 2017