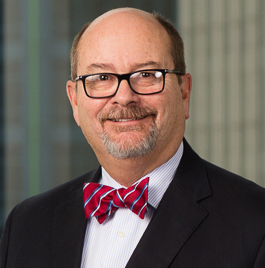 In this case, Anaya represents the owners and developers of a golf course near a former factory. According to the lawsuit, contamination from the former manufacturing facility migrated to the golf course and created an imminent and substantial health and environmental danger. The plaintiffs claim the owner of the former manufacturing facility, General Electric Co., must perform an appropriate cleanup as required by the federal Resource Conservation and Recovery Act (RCRA).

On Dec. 18, the district court agreed with the plaintiffs in Lajim LLC V. General Electric on the issue of RCRA liability and granted summary judgment in favor of Greensfelder’s clients. The court agreed that the plaintiffs had undisputed facts that established RCRA cleanup liability – specifically that GE improperly handled hazardous waste and created a current imminent and substantial danger at the golf course. GE argued that because it was already the subject of an enforcement action from the Illinois EPA for the same material, it could not be subject to citizen suit liability under RCRA. The court rejected GE’s argument, holding that the enforcement action under the Illinois Environmental Protection Act did not bar the plaintiffs’ lawsuit under the federal statute.

Bloomberg BNA’s Environment Reporter featured the decision in a Dec. 21 article, and the district court’s ruling can be read here.

Anaya is an officer in Greensfelder’s litigation practice group in Chicago and can be reached at wanaya@greensfelder.com or 312-345-5002.