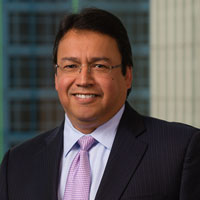 Greensfelder Officer Ricardo Meza will give a keynote presentation to the Association of Certified Fraud Examiners’ Greater Chicago Chapter on March 4, 2016, in a program titled “Investigative Tips from a Former Inspector General.”

The event is being held at Roosevelt University’s Schaumburg Campus.

As Illinois’ executive inspector general from 2010 to 2015, Meza led his office in hundreds of investigations related to waste, fraud, abuse and hiring improprieties. He had investigative authority over the office of the Illinois governor, 40 state agencies, 250 boards and commissions, nine Illinois public universities and four regional transit boards, as well as private vendors that conducted business with those entities. In addition, he also served 10 years as an Assistant United States Attorney, where he led numerous grand jury investigations, prosecuted federal criminal violations and directed special agents from agencies including the FBI, DEA, IRS and U.S. Postal Inspection Service.  He has tried over 25 federal jury trials in Illinois, Texas, and California federal courts.

Meza’s ACFE presentation will discuss fraud and misconduct investigations, which can be challenging even for the most experienced investigator. However, with proper planning and methodical execution, the existence (or non-existence) of fraud can be detected in a timely manner. He will offer experienced fraud examiners’ investigative tips and will provide valuable insight relating to:

In addition, he will include a mock fraud fact pattern aimed at allowing audience participants to help conduct an investigation and interview witnesses and the alleged target of the mock fraud investigation.