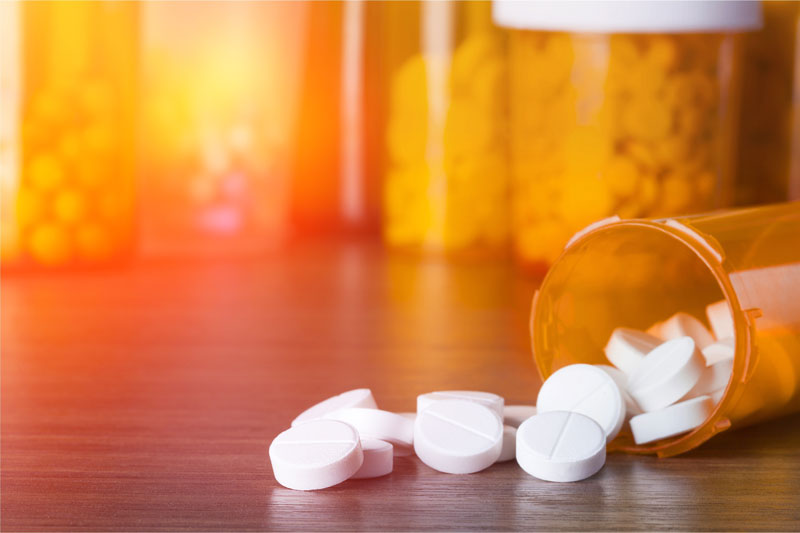 Oklahoma is making history in its pending multi-billion-dollar opioid case against Johnson & Johnson, in which the state is accusing the drug manufacturer of irresponsible marketing practices that allowed it to profit from the opioid crisis. The parties await a final decision from Oklahoma Circuit Judge Thad Balkman after a seven-week bench trial that concluded July 15.

Oklahoma has implored the judge to hand down a record $17.2 billion verdict. In light of the financial amount at stake, an appeal of the judge’s decision is almost guaranteed.

Reminiscent of the big tobacco lawsuits of the early 1990s, the Johnson & Johnson case is the first major trial of a pharmaceutical company in which a state is seeking to hold a company accountable for the inflation of the opioid crisis. Specifically, Oklahoma alleges that Johnson & Johnson acted as a public nuisance and engaged in deceptive practices by irresponsibly marketing its opioids to anyone and everyone, downplaying opioids’ addictive qualities and manipulating medical research to garner profits for the monetary rewards derived from manufacturing opioid prescriptions.

In the trial, which began May 28, 2019, Oklahoma Attorney General Mike Hunter argued that Johnson & Johnson engaged in a “cynical, deceitful, multimillion-dollar brainwashing campaign to establish opioid analgesics as the magic drug.” At trial, Hunter attempted to paint a picture of a deeply competitive market in which large pharmaceutical companies like Johnson & Johnson marketed opioids in a way that drove up prescription numbers across the country so the companies could benefit from the inflated market.

Indeed, Johnson & Johnson is not the only large pharmaceutical company to be accused of such practices, simply the only one willing to risk proceeding to trial.

On June 24, 2019, an Oklahoma judge approved a settlement agreement between the state and Teva Pharmaceuticals for $85 million in a case involving identical charges as those levied against Johnson & Johnson. Additionally, on March 26, 2019, Purdue Pharma settled a comparable case in Oklahoma state court for $270 million. Other companies have been accused of similar actions across the country, but these cases are essentially at a standstill until the Johnson & Johnson case concludes.

Johnson & Johnson vehemently denies the allegations, and its attorneys argued that the company promoted the use of opioids in an appropriate and responsible way. Notably, the company’s attorneys stressed that one in five Americans suffers from chronic pain a year, necessitating the need for legitimate opioid prescriptions. The company’s attorneys further stressed that it is the state, as regulator, that has a responsibility to monitor and correct illegal prescribers and users.

Second, the outcome of this case could radically transform big pharmaceutical companies’ marketing strategies. While lawmakers have never alleged that companies like Johnson & Johnson can never manufacture or sell opioids, they have levied serious accusations against these companies about problems associated with how the opioids are marketed and promoted. As such, this case can essentially be treated as a referendum on the marketing practices of pharmaceutical companies that manufacture opioids and their policies and practices in this realm moving forward. It also could inform lawmakers’ decisions on the potential imposition of regulations governing the advertising and marketing of these types of prescription drugs, similar to those that upended big tobacco in the 1990s.

Finally and most importantly, this case could garner significant historic value as its outcome could dictate a path for other states and municipalities to hold pharmaceutical companies accountable for the opioid epidemic. By this measure, it also could serve as an avenue for states hoping to recoup costs associated with the opioid epidemic by pinning the bill on big pharmaceutical companies. Essentially, this could change the entire dynamic of trials associated with the opioid crisis.

Attorneys and lawmakers, therefore, should pay particular attention to outcome of this case in the weeks ahead due to the historical precedent it could set. If Oklahoma’s strategy proves successful, be prepared to see multiple lawsuits arise in many other states targeting big pharmaceutical companies in a similar manner.