PDF
CMS Issues Flexible but Confusing Final Guidance on Hospital Co-Location
By Jeffrey Herman on December 16, 2021 at 11:15 AM 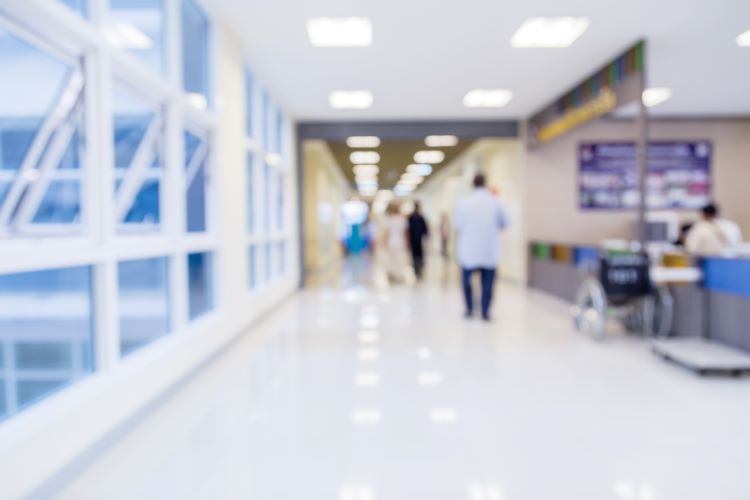 In 2019, the Centers for Medicare and Medicaid Services (CMS) issued draft guidance on hospital co-location (when hospitals share space and resources with other health care entities). We previously summarized that draft guidance here. On November 12, 2021, CMS issued its final guidance and — surprise! — it changed quite a bit.

Generally, the changes may create more flexibility for hospitals, but they also create a tremendous amount of confusion and will undoubtedly be applied differently by surveyors across the country. Let’s take a look at the specific changes in the final guidance and what impact they may have.

Health Care Entities/Providers. The draft guidance simply stated that hospitals may co-locate with other hospitals as well as with “other healthcare entities.” Those other entities were not defined or limited in any meaningful manner. The final guidance states that hospitals may co-locate with “other healthcare providers,” but specifically excludes from that term both critical access hospitals (CAHs) — “due to specific distance and location requirements” — and “private physician offices” — “including those that may be participating in a timesharing or leasing agreement.”

Technically, this exclusion means the final guidance doesn’t address co-location with CAHs and private physician offices. But it does not necessarily mean that co-location with those entities is prohibited. It could be permitted on different terms. Because it remains unclear, we recommend asking for guidance from your applicable state Department of Health before undertaking a major project. There is a risk that any such co-location will be identified as a violation by a surveyor.

Shared Spaces. Here, CMS made fairly sweeping changes to its draft guidance, including the following:

In lieu of all this detail, the final guidance simply states that “each entity is responsible for demonstrating its compliance with all applicable Medicare and Medicaid program participation requirements” and leaves it up to the hospital to “consider whether the hospital’s spaces that are used by another co-located provider risk their compliance with” Medicare’s Conditions of Participation. The guidance goes on to identify several factors that hospitals should consider, such as patient rights, patient safety, infection prevention and control, governing body, and others.

Contracted Services. Little to no substantive changes were made to this section. The final guidance merely clarifies that services a hospital obtains via contract with a co-located entity, but under the oversight of the hospital’s governing body, “would be treated as any other service provided directly by the hospital.”

Hospital Staffing. The draft guidance prohibited hospital staff from “floating” between entities during a single shift, working at one entity while being “on-call” at another, and providing services to both entities simultaneously. It went on to state that it would not be possible for a nurse to be “immediately available” under 42 C.F.R. § 482.23(b) if he or she is working in multiple physical locations, or for multiple providers, at the same time.

The final guidance gets rid of these per se violations. It simply states that, “[w]hen hospital staff are obtained under arrangement from another entity, there should be evidence that the hospital’s staff are meeting the needs of patients for whom they are providing care. Additionally, the staffing must meet the statutory and regulatory requirements for the activity.” That’s it. Staff floating and similar arrangements may be permissible in some instances.

Emergency Services. Not surprisingly, given its dislike of staff floating arrangements, the draft guidance stated that contracting with another entity for emergency services is not permitted when contracted staff are working for or on-call at another entity, and that a hospital cannot satisfy its obligations by having another hospital respond to its emergencies. The final guidance deletes these specific limitations, leaving the issues open.

Survey Procedures. The draft guidance included nearly four pages of discussion of how surveys with co-located hospitals will be conducted. It stated documents and information surveyors would request, what they would be looking for on- and off-site, and how potential violations would be addressed. The final guidance trims this all down to a single page. In lieu of detailed procedures, the guidance gives fairly broad discretion to surveyors as to what to request and how to proceed.

Ultimately, the final guidance improves flexibility for hospitals while adding a frustrating amount of confusion. It is likely this guidance will be applied and enforced differently from surveyor to surveyor, making it difficult to provide concrete guidance to hospitals on what is and is not permissible. When evaluating co-location with another entity, it is important for a hospital to review the applicable Conditions of Participation and verify if and how the requirements will be satisfied.

We should also remember that this guidance does not supersede state licensing laws! Just because CMS permits hospital co-location — albeit within somewhat vague parameters — does not mean that a state licensing agency or other authority will permit it.