PDF
Waiver of Class and Collective Actions Through Mandatory Arbitration Agreements: Alive and Well, Despite the National Labor Relations Board (“NLRB”)
By Kathi Chestnut on December 11, 2013 at 6:00 AM 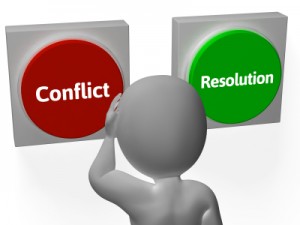 Class and collective action lawsuits, particularly in the area of wage and hour claims under the Fair Labor Standards Act (“FLSA”) and state law, continue to be on the rise and are difficult and costly for employers to defend. A newly decided case reminds us that employers should consider the use of mandatory arbitration agreements that waive class action lawsuits for employment disputes.

On December 3, 2013, the federal Fifth Circuit Court of Appeals dealt a major blow to the NLRB when the Court overturned the NLRB’s prior decision that mandatory arbitration agreements containing class action waivers are unenforceable. In D.R. Horton, Incorporated v. National labor Relations Board, No. 12-60031, the Court overturned a January 2012 decision by the NLRB that a mandatory arbitration agreement containing a class action waiver violated Section 7 and Section 8(a)(1) of the National Labor Relations Act (“NLRA”). The NLRB had found that the arbitration agreement infringed on employees’ rights under Section 7 by limiting their ability to “initiate or induce group action…” By finding a violation of Section 7, the NLRB then concluded that by requiring employees to agree not to act in concert in administrative and judicial proceedings, the company committed an unfair labor practice under Section 8(a)(1).

In overturning the decision of the NLRB, the Court found that the NLRB failed to take into consideration the Federal Arbitration Act (“FAA”), which it opined is an equally important federal statute. The Court further held that because neither the NLRA statute itself nor legislative history contain “a congressional command to override the FAA”, that the mandatory arbitration agreement is enforceable.