PDF
Setting Forth the Damages the Employer is Entitled to if an Employee Breaches His/Her Non-Competition Agreement Will Help Deter Breaches and Save Money in Litigation
By Thadford Felton on October 7, 2014 at 2:11 PM 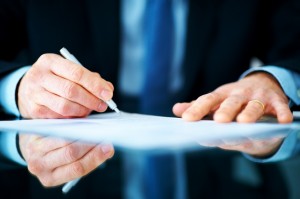 Business Tip: Include a liquidated damages clause in your restrictive covenant agreements that clearly sets forth how damages will be calculated in the event your employee breaches the non-competition agreement.

One of the factors that makes the enforcement of a restrictive covenant costly is that damages can be difficult to prove as it is hard to quantify the damaging effect of the competition on your business. Often times you will have to hire an expert to determine the appropriate damages formula to use and calculate what damage your company has incurred as a result of your former executive or employee competing against you. A cost effective way to help minimize some of this cost is to include a provision in your agreement with the key executive or employee that sets forth the damages that your company will be entitled to recover if they violate their restriction.

Two Times Previous Years Customer Commissions A Reasonable Forecast. One shareholder of a closely held company purchased the shares of the other shareholder under an agreement that precluded the selling shareholder from competing against the company for three years. In the event that the selling shareholder violated the non-¬competition provision, he agreed to pay two times the previous year's commissions for the customer or account to which the breach relates. The court found that since the damages calculation was directly tied to the previous year's commission earned from the customer to whom the breach related, the calculation was a reasonable method of calculating damages.

One And One Half Times Lost Fees Could Be A Reasonable Forecast. A manager at the Buffalo office of a national accounting firm entered into a non-competition agreement with his employer in which he agreed that since his position gave him an advantage in attracting certain clients to the accounting firm, that if he served any former client of the Buffalo office within eighteen (18) months of his departure from that accounting firm, that he would compensate the accounting firm one and one-half times the fees that the accounting firm had charged that client over the preceding fiscal year. The rationale for this formula was that it used a client's gross billings to value the loss of the client. While the court recognized that such a formula had been accepted by other courts in evaluating accountant non-competition agreements, the court said that in this case evidence needed to be presented that showed that such a formula compensated the accounting firm for the actual damages that it had incurred as a result the loss of client as opposed to penalizing its former employee.