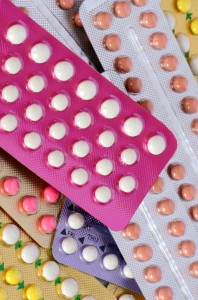 The Patient Protection and Affordable Care Act and its regulations require group health plans to cover women’s preventive care without any cost sharing requirements. The Health and Human Services department issued guidelines that included all Food and Drug Administration approved contraceptive methods within the definition of preventive services.

In the two cases consolidated in the decision, the plaintiffs were closely held corporations – Hobby Lobby Stores, Inc., Mardel, and Conestoga Wood Specialties Corp. – and the Christian families that owned them. The plaintiffs objected to four types of contraceptive methods, which they considered abortifacients.

Having determined that RFRA applied to the for-profit plaintiffs, the Court then decided that the contraceptive mandate violated RFRA because it imposes a substantial burden on the plaintiffs’ exercise of their sincerely held beliefs and it is not the least restrictive means of accomplishing the government’s compelling interest. The Court pointed to the regulations’ accommodation of non-profit religious employers (“eligible organizations,” as defined in the regulations) as a less restrictive means of providing contraceptive coverage to employees.

Furthermore, although the court pointed to the accommodation for eligible organizations as a less restrictive means of furthering the government’s interests, it specifically did not address whether the accommodation itself may violate RFRA. The Court stated that this issue was not raised in the current case. However, in late December 2013, the Court granted an injunction pending appeal to plaintiffs who would qualify for the accommodation as eligible organizations but claimed that complying with the accommodation violated their sincerely held religious beliefs. Little Sisters of the Poor Home for the Aged, Denver, Colorado v. Sebelius, 134 S. Ct. 893 (2013). The citation to Little Sisters by both the Court and the dissent suggests that this issue also may be addressed by the Court in the near future. Furthermore, the same day, the Eleventh Circuit granted an injunction pending appeal to a Catholic organization that claimed the accommodation violated its religious beliefs. Eternal Word Television Network, Inc. v. Sec’y, U.S. Dep’t of Health & Human Servs., 14-12696-CC, 2014 WL 2931940 (11th Cir. June 30, 2014). In a separate concurrence, Judge Pryor wrote that the plaintiff had likelihood of success on the merits of its claim that the accommodation violated RFRA. However, this contrasts earlier decisions in the Seventh and Sixth Circuits, which denied injunctions to similar organizations. See Mich. Catholic Conference & Catholic Family Servs. v. Burwell, Nos. 13-2723, 13-6640, 2014 WL 2596753 (6th Cir. June 11, 2014); Univ. of Notre Dame v. Sebelius,743 F.3d 547 (7th Cir. 2014). By deciding that the contraceptive mandate violated RFRA, the Court avoided determining whether the contraceptive mandate may violate the Free Exercise Clause of the First Amendment as well.

The Court’s holding suggests that for-profit organizations should also receive the accommodation offered to eligible organizations in the regulations. The definition of “eligible organization,” however, includes that the entity must be organized and operate as a nonprofit entity. See, e.g., 29 C.F.R. § 2590.715-2713A(a)(2). The Court’s holding may force the departments to amend the regulations to eliminate this part of the test and open the accommodation to closely held for-profit corporations.

Furthermore, the Court’s holding could eliminate a current ambiguity in the rule as applied to organizations in a controlled group of corporations when all the entities hold themselves out to be religious employers that object to contraceptive coverage but not all of the entities are non-profits. The preamble to the regulations states that the “eligible organization” test needs to be applied on an “employer-by-employer” basis. Although this language was never included in the text of the regulations, it could be interpreted to require a non-profit organization that sponsors a plan and acts as a parent company to a controlled group that includes a for-profit corporation to provide contraceptive coverage directly to employees of the for-profit organization (instead of indirectly providing coverage through use of the accommodation). The Court’s holding seemingly would eliminate the need for the employer-by-employer test in these situations, if, indeed, it was ever required.

However, as noted above, the status of accommodation may be in flux as it appears that the Court expects further challenge to whether the accommodation itself violates RFRA. Given the close 5-4 decision in Hobby Lobby, it is difficult to predict the future of the eligible organization accommodation.