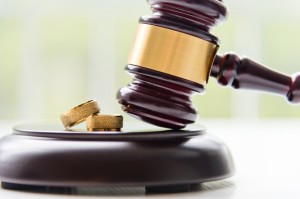 Last week, the United States Department of Labor (“DOL”) announced a proposed rule that would extend the Family and Medical Leave Act (“FMLA”) to provide spousal leave to employees in same-sex marriages. The proposed rule is currently open for comment and will not become final for some time.

Currently, FMLA allows eligible employees of covered employers to take unpaid leave (or use paid leave concurrently) for up to 12 weeks in a 12 month period to care for the employee’s spouse with a serious health condition. Currently, FMLA defines “spouse” as “a husband or wife as defined or recognized under State law for purposes of marriage in the State where the employee resides, including common law marriage in States where it is recognized.” 29 C.F.R. § 825.122(b).

That definition begs the question: what if an employee marries a same sex spouse in one of the 19 states that recognizes same sex marriage and then moves to a state that does not? Illinois to Missouri, for example. Under the current definition of “spouse,” FMLA leave would be denied in that scenario because the employee’s state of residence controls, rather than the state of the marriage. Under the proposed DOL rule, “spouse” would be defined as “a husband or wife,” which “refers to the other person with whom an individual entered into marriage as defined or recognized under State law for purposes of marriage in the State in which the marriage was entered into or, in the case of a marriage entered into outside of any State, if the marriage is valid in the place where entered into and could have been entered into in at least one State.” So if the marriage was valid where it was performed and would have been valid in any State, the employee has a spouse regardless of where the employee resides.

The DOL’s proposed rule is the logical progression from the United States Supreme Court decision in U.S. v. Windsor, which struck down Section 3 of the Defense of Marriage Act, which defined marriage as between one man and one woman. Without a universal federal definition of marriage, relying on employers to use ever-changing state by state definitions to implement a federal law seems unworkable and inequitable. In that regard, the DOL’s proposed rule is hardly surprising and will almost certainly become final.