PDF
Employee Handbooks Are Not The Place For Arbitration Clauses
By Marcus Wilbers on January 8, 2014 at 10:33 AM 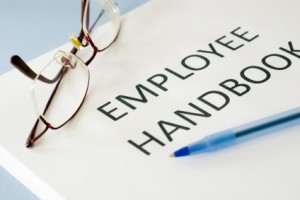 There are two schools of thought on employee handbooks. The kitchen sink approach is to throw in everything that could be useful and defer the decision on actually enforcing particular provisions until the need arises. Arbitration clauses often fall in that category. The other – and better – view is to treat the handbook as a guiding document that sets rules not only for the employees but the employer as well.

From an employer’s perspective, the preference for arbitration is understandable. Employment cases are often very emotional and frequently involve issues nobody likes to be associated with, like race or gender discrimination, regardless of the merits of the claim. Arbitration provides a confidential and expedient forum for resolving those sensitive issues. As the Missouri Court of Appeals made clear, however, to get those benefits, the employer must be willing to commit to a contractual agreement instead of dictating policies and reserving the right to change its mind.

In Johnson v. Vatterott Educational Centers, 410 S.W.3d 735 (Mo. App. 2013), the Western District Court of Appeals held essentially that the employer can’t have its cake and eat it too. The Court pointed out that although the arbitration clause referred to itself as a contract, the rest of the handbook took great lengths to disavow any contractual status between the employer and the employee:

“[W]hile the Arbitration Agreement itself states that it is a binding and enforceable contract which will survive the termination of Johnson's employment, it is book-ended by sections of the Employee Handbook which state in equally clear and explicit terms that nothing in the Handbook is contractual, and that everything in the Handbook is subject to change by Vatterott at any time, in its sole discretion.” 410 S.W.3d at 740.

Arbitration clauses in contracts are enforceable. Under Missouri law, however, “employee handbooks generally are not considered contracts because they normally lack the traditional prerequisites of a contract.” 410 S.W.3d at 738. That does not mean that arbitration clauses in employee handbooks are per se unenforceable. Where the employer and employee “unambiguously agree that binding arbitration will constitute the employee’s exclusive remedy for employment-related disputes,” the arbitration clause may be enforceable. The Court held that Vatterott’s handbook was ambiguous because, in addition to the non-mutual arbitration clause, it contained provisions disavowing a contractual relationship and even cautioned that the it would “serve as a guide but is not the final word in all cases.”

The Court’s ruling underscores the difference between viewing employee handbooks as workplace rules, rather than a catch-all document that comes in handy only after a dispute arises. Arbitration clauses may be useful for employers, but not in a handbook, if your handbook is more of a guidebook than a rulebook.