Posts in Title VII.
U.S. Supreme Court Rules Applicant Need Not Inform Employer of Need for Religious Accommodations to Support Title VII Claim
By Lauren Daming on June 3, 2015 at 8:53 AM

By now, if you haven’t heard the name “Michael Sam,” you’ve probably been hiding under a rock somewhere. His name was constantly in the headlines of both sports and news media after he publicly announced he is gay. And for good reason. The former Mizzou football player and SEC Defensive Player of the Year could become the first openly gay player in the NFL. As many in the media struggled to find a new angle for the story, some questioned whether Sam’s sexual orientation would hurt his chances of being a high draft pick – or a draft pick at all. Some speculated that NFL teams may pass on Sam because of the real or perceived unrest it could create among his teammates.

Suppose Michael Sam goes undrafted – or in employment law terms – suppose NFL teams refuse to hire him because he is gay. What recourse would he have? 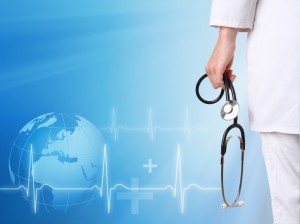 "But For" Recent Supreme Court Opinion, Retaliation Would Remain Easier to Prove
By Melanie Renken on July 25, 2013 at 6:56 PM

“But for,” “motivating factor,” “contributing factor…” Aren’t they all just different legal phrases that ultimately make an employer liable for discriminatory conduct? Absolutely not—and in its first significant employment decision of this term, the United States Supreme Court, by replacing “motivating factor” with “but for,” has made it more difficult for plaintiffs to prove retaliation under Title VII of the Civil Rights Act of 1964 (“Title VII”).

For those of us who practice employment law in Missouri, it remains all too fresh in our minds that the difference in these standards can be monumental.