Obesity, without more, doesn’t qualify as a disability, 8th Circuit affirms
By Kevin McLaughlin, T. Christopher Bailey on April 11, 2016 at 8:51 AM

A railway company and the business groups that supported its position scored a victory April 5 with the U.S. 8th Circuit Court of Appeals’ decision that obesity is not a covered condition under the Americans with Disabilities Act. The ruling is the latest to support the position that general obesity, without an underlying medical cause, does not warrant protection under the ADA. 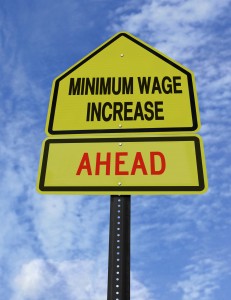 If you’re reading this blog, then it’s probably safe to assume that you heard about the Supreme Court’s decision that the Defense of Marriage Act (“DOMA”) is unconstitutional. And it’s probably also safe to assume that you’ve had friends and acquaintances weighing in with their thoughts on the decision on Facebook, LinkedIn and in other venues. Getting lost in the debate, however, is the impact this decision has on how employee benefits are administered.

OSHA has continued its proactive approach to targeting and inspecting businesses in 2013. It’s not like it used to be, when you could expect to be clear of an OSHA inspection if you kept your employees happy (i.e., no complaints to OSHA) and safe (i.e., no reportable accidents). If you met those two goals not long ago, then you were likely in the clear to avoid OSHA inspections in any given year.