Posts from September 2015.
Employers may see shift after EEOC ruling on sexual orientation discrimination
By Molly Batsch on September 23, 2015 at 6:00 PM

The NLRB agrees: Boeing's quest for confidentiality infringes on employee rights
By T. Christopher Bailey, Katherine Fechte on September 23, 2015 at 11:14 AM

Life is short: Update your email and computer use policies
By Lauren Daming, Lauren Harris on September 9, 2015 at 9:49 AM

Whether it’s using a company laptop at home or accessing social media and other personal sites via an office desktop computer, the lines between an employee’s personal and work lives are increasingly blurred. 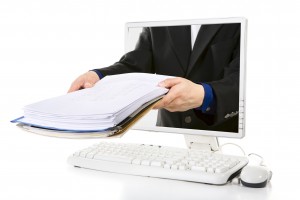 As revealed by the recent Ashley Madison website hack, many employees across the United States use business computers and business email accounts for very personal reasons — reportedly over 15,000 email addresses used to register accounts were linked to government or military servers. However, dealing with an employee who “cheats” on an employer’s computer, Internet or email use policy may not be as simple as it seems.