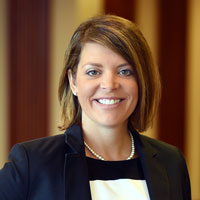 Amy Blaisdell was interviewed by Fox2News regarding the Supreme Court's decision in Young v. UPS, which addressed an employer's obligation to accommodate women under the federal Pregnancy Discrimination Act. Additionally, effective 1/1/2015, Illinois has a new Pregnancy Fairness Law which places additional accommodation obligations on Illinois employers. Watch the interview.