PDF
Ruling in toddler video case calls for fair use consideration
By Juliane Rodriguez, Mary Ann Wymore on October 8, 2015 at 10:44 AM

9th Circuit finds copyright holders must consider fair use or risk liability before issuing takedown notices under the DMCA. 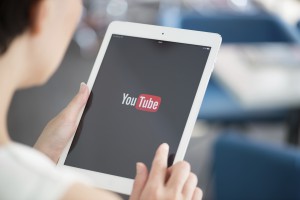 In a matter of first impression, the 9th U.S. Circuit Court of Appeals ruled on Sept. 14, 2015, that copyright holders must consider fair use before issuing a takedown notice under the Digital Millennium Copyright Act (DMCA). The court also ruled that the question of whether a copyright holder properly considered fair use is a subjective test for the trier of fact. A copyright holder will incur liability if it lacked a subjective good faith belief that the challenged use did not constitute a fair use.

The case arose when Stephanie Lenz, a Pennsylvania mother of two, recorded a 29-second video of her toddlers dancing to the song “Let’s Go Crazy” by Prince and uploaded the home video to YouTube. Universal Music Publishing sent YouTube a takedown notice under the DMCA, alleging the home video infringed Universal’s copyright in the Prince song. When YouTube complied, Lenz sued Universal for misrepresentation of copyright claims under the DMCA. She sought injunctive relief and damages.

The Court of Appeals remanded the case to the district court for factual determination as to whether Universal considered the question of fair use and had formed a subjective good faith belief that Lenz’s posted home video did not constitute a fair use. Even if it is determined that the video constitutes fair use, the court’s ruling suggests Universal would face liability only if its actions were insufficient to form a good faith belief to the contrary. The dissenting opinion disagrees with such a result, arguing that a party cannot truthfully represent that a work subject to the fair use doctrine is infringing if the party has knowingly failed to consider whether the doctrine applies given the plain language of Section 107 of the Copyright Acts that a fair use is not an infringement.

The Ninth Circuit’s ruling also allows that Lenz may recover nominal damages should she prevail at trial for harm suffered as a result of Universal’s misrepresentation regarding fair use, even in the absence of actual damages. Consequently, the ruling provides alleged infringers with another arrow in their quivers to fight back against content takedown under the DMCA.

In the wake of the Lenz opinion, copyright holders should audit their enforcement policies and procedures to ensure they include analysis of fair use considerations or risk liability arising from takedown notices.