PDF
Avoidable missteps that may defeat insurance coverage for infringement claims
May 14, 2015 at 12:45 PM

Woody Allen once said, “Showing up is 80 percent of life.” But this observation, while often apropos, is not applicable if one’s objective is to obtain insurance coverage for IP infringement claims. 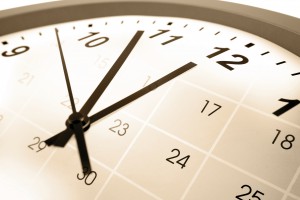 Coverage can often be found for those claims if they are viewed through the right lens. But recent insurance coverage decisions highlight the nuance required to present such a claim in a way that brings it potentially within the coverage. The “potentially within the coverage” is magic that triggers the insurer’s duty to provide a defense in what can be expensive litigation. And even if a claim is potentially covered, coverage will be lost if the claim is not timely asserted. So showing up late may be no better than failing to show up at all.

When faced with an infringement claim, a first step should be to consult your insurance counsel to evaluate how the claim can be construed and presented in a way that triggers the insurer’s duty to provide a defense and ensures that the insurer receives the required notice.

For example, the use of a model home built from an infringing plan to market similar homes has been found to be a covered claim. And an Illinois appellate court found that a lawsuit over the use of a retail display promoting the infringing feature of a product to market the product was a covered claim. But another decision the same court issued a couple of months later (Erie Insurance Exchange v. Compeve Corp.) rejected coverage for a claim arising from an advertisement depicting the infringing product. The court explained that for there to be coverage, the injury complained of must arise from the infringement in the advertisement. The difference in outcomes was driven by the way in which the “advertisement” and the issues in the underlying claim were presented.

Showing up too late

Even if the policyholder can find a claim within coverage, failure to make the claim to the insurer on a timely basis may defeat coverage. It is imperative to recognize the possibility of coverage from the outset and give notice to the insurer. Failure to provide reasonable notice is likely to be a bar to coverage. Most insurance policies require the policyholder to give notice of claims “as soon as is practicable.”

A federal court recently rejected coverage for an infringement claim on the basis of untimely notice where there was a seven-month delay in giving notice even though the policyholder claimed it did not initially believe there was coverage for the claims. In that case, AU Electronics, Inc. v. Harleysville Group, Inc., the policyholder asserted that it needed to undertake discovery in the litigation to evaluate the claims against it to determine whether there was coverage. But unfortunately for it, the information that it asserted caused it to make its insurance claim had been within the policyholder’s control.

This case is a reminder of the importance of recognizing the possibility of coverage whenever a claim is asserted. That recognition, combined with an evaluation of coverage designed around a nuanced construction of the policy read against the infringement claim, is likely to be the difference between the policyholder bearing its own defense costs and its ability to shift that expense to its insurer.

In too many instances, an insurer’s initial response to a claim for insurance coverage for a claim of infringement is likely to be denial. Woody Allen’s 80 percent rule may work in life, but it won’t get you insurance coverage for infringement claims. For that, you need to show up on time and present a plausible construction teased from the dense language in the insurance policy. But if the advertisement itself can be shown to infringe and the claim is timely, the policyholder can shift the cost of its defense to its carrier.