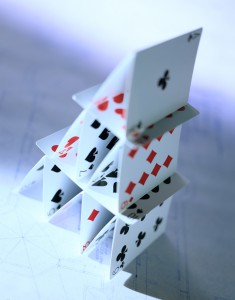 Does your company’s business insurance cover the risks presented by the ordinary course of its operations? The unhappy lesson to the policyholder in Phusion Projects v. Selective Insurance, a December 2015 decision by an Illinois appellate court, is that the time to make that inquiry is before your company faces multiple lawsuits tied to the design of its product. And a sound way to manage the risk associated with your business is to undertake a risk audit against your risk management strategies.

The policyholder in Phusion Projects manufactured and distributed energy-infused alcoholic beverages. The manufacturer faced multiple lawsuits from people who claimed that the energy enhancers masked the high alcohol content of the beverages, causing consumers to drink beyond safe limits. By way of example, a claim presented the question of whether the death of someone struck by an Amtrak train while “mooning” was caused by her intoxication or whether her erratic behavior was caused as claimed by the energy enhancers in the alcoholic beverages that “caused” her to overindulge. Each of the claims involved irresponsible or erratic behavior involving intoxication coupled with the assertion that the energy enhancers masked the intoxicating effects. The appellate court affirmed a finding that there was no coverage for the manufacturer in any of the cases due to the “liquor liability” exclusion in the manufacturer’s insurance policy.

The same argument — that the claims were “stimulant liability” claims as opposed to “liquor liability” claims — had been rejected by a federal appellate court in the context of similar claims arising under a similar insurance policy. And the Illinois appellate court reached the same conclusion: It held that the issue presented inherently involved intoxication caused by the product, regardless of whether the stimulants masked or enhanced the intoxication.

The opinion does not indicate whether the manufacturer made a conscious choice to purchase insurance coverage subject to the liquor liability exclusion. It is possible that the company concluded that its exposure from claims arising from causing intoxication in connection with the sale of its alcoholic beverages was an acceptable business risk. However, this case serves as a reminder of the importance of evaluating the risks associated with one’s business and playing those risks out against the coverage and exclusions from coverage in the business’s insurance policies. The time spent with a risk audit before those risks actually hit can provide an effective tool for managing and controlling the costs presented when the risks become realities.