PDF
Consider The Enforceability of Restrictive Covenant Provisions By Third Party Purchasers When Drafting Agreements
By Thadford Felton on January 21, 2015 at 1:19 PM 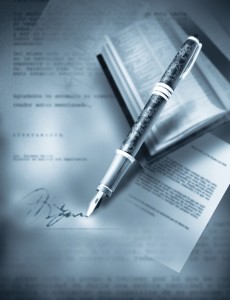 After the sale, Croniment offered employment to two Keywell executives. The two Keywell executives had non-compete agreements that prohibited them from disclosing confidential information and from being employed by certain companies, including Croniment, for two years after the termination of their employment. Croniment filed a lawsuit that sought a declaration that the third party purchaser of Keywell’s assets could not enforce the NDAs and or the non-compete agreements. After the lawsuit was filed, Keywell assigned all of its rights under the NDAs and the two non-compete agreements to the third party purchaser.

The main issue before the court was whether the NDA and the non-compete agreements were assignable to the third party purchaser. Focusing first on the NDA, the court recognized that a non-disclosure agreement is essentially a restraint on trade and its validity and enforceability are analyzed in essentially the same way as if it were a covenant not to compete. Thus, the NDA and the non-competes were only enforceable if they protected Keywell’s legitimate business interests.

The court found that following the sale of its assets, Keywell had no interest in customers, confidential information, trade secrets, or in retaining a stable workforce. Those interests were all transferred in the asset sale. The assignment of the agreements after the sale was not effective because the sale terminated Keywell’s existing legitimate business interests effectively terminating those agreements. Therefore, the third party purchaser could not enforce any of the agreements.

When relying on NDAs and restrictive covenants, ensure that they provide the protections you require, and if you are relying on them as a business purchaser, confirm that those protections flow to you.