PDF
Colorado high court: Employers can fire employees for off-duty medical marijuana use
By Stephanie Hammer on July 17, 2015 at 4:59 PM 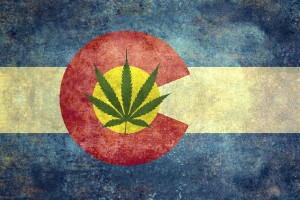 The meaning of ‘lawful’

The employee, Brandon Coats, was a licensed medical marijuana user, and it was undisputed that his marijuana use was “at home, after work, and in accordance with his license and Colorado state law.” Coats’ employer, Dish Network, maintained a zero-tolerance drug policy that called for termination of any employee who tested positive for drug use. Coats argued, however, that his use of medical marijuana was protected outside-of-work activity.

The court held: “Nothing in the language of the [lawful activities] statute limits the term ‘lawful’ to state law. Instead, the term is used in its general, unrestricted sense, indicating that a ‘lawful’ activity is that which complies with … state and federal law.” On this basis, the Colorado Supreme Court upheld Dish Network’s decision to terminate Coats’ employment.

With the implementation of the Medical Cannabis Pilot Program — and a “lawful activities statute” similar to the Colorado law (820 ILCS 55/5) — the Coats decision should be of particular interest to Illinois employers. While it may have persuasive effect, the Coats decision is not binding on Illinois courts. Also, the Medical Cannabis Pilot Program in Illinois contains an “employer liability” section detailing measures for employer compliance with the new law. As licensed growers begin to (literally) change the marijuana landscape in Illinois, employers should begin to review drug policies and familiarize themselves with some new obligations.

If you have questions or comments about this topic, please contact the attorneys in our Employment & Labor Group.